In the 19th century, London Docklands formed the world's largest (Hafen) port. Ships arrived here with goods from all parts of the world. There were (Lagerhäuser) warehouses for tea, silver, (Elfenbein) ivory and so on. Now the former warehouses are nice (and expensive) homes and offices. The office building Canary Wharf is the highest building in London. 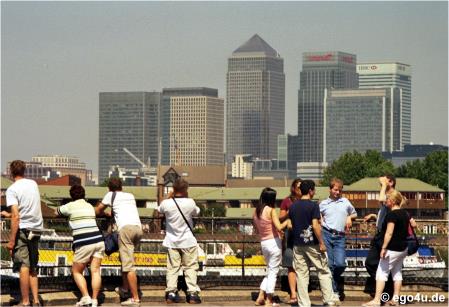 St Katherine Dock is just beside the Tower of London. It is a nice place with a (Yachthafen) yacht marina and a number of restaurants. In the background you can see the Dickens Inn. It is a huge pub and was a (Brauerei) brewery in the 18th century. 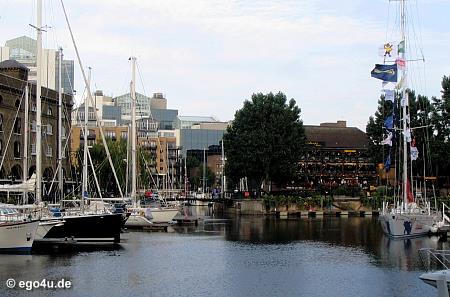