Britain is an (unwiderstehlich) irresistible destination for young and adventurous travellers. It offers a (Sammelsurium) smorgasbord of historic sights, (florierende) thriving cities, contemporary culture and expansive tracts of natural beauty. But how can the independent visitor see and do everything on a limited budget? Here are some tips on how to have a great trip (ohne ein Vermögen dafür zu zahlen) without breaking the bank. By Justine Vaisutis. 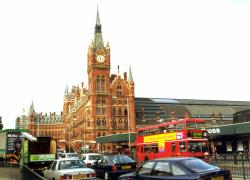 To start your journey rolling you’ll want to think about how to get from A to B on a minimum budget. If doing your own thing appeals the best way to start is with a Britrail Travel pass. For under 26’s, a Youth Pass allows travel on (aufeinander folgend) consecutive days throughout the British rail network with a 25 per cent discount on standard tickets. There are numerous passes to choose from so click onto www.britrail.net for more information. Alternatively, bus companies offer similar passes that allow you to see (große Teile) vast chunks of the country at discounted rates. Travellers between 16 and 26 and full-time students can take advantage of National Express’ NX2 card, which costs only £10 but affords up to 30 per cent off normal bus fares.

If you haven’t thought too much about your extended (Reiseroute) itinerary, but you know you want to explore the country, meet people along the way and have as much fun as possible without any (Schikane) hassle then a backpacker tour is the way to go. There is plenty of choice; you can do a set itinerary, which often includes accommodation, with companies such as The Backpacker Tour Company and Road Trip, or take advantage of a hop-on-hop-off pass with companies like the Radical Travel Network, which enable you to stay in one place for as long or little as you like. A great source of information on cheap long-distance transport and backpacker tours is www.attitudetravel.com.

Accommodation can also be a (Sonderangebot) bargain if you know where to look. The hostel network throughout Britain is extensive, offering everything from (Schlafsaal) dorm rooms to private doubles. In larger cities you can pick and choose from (belebt) bustling hostels that house small global villages, to more intimate and quiet affairs. (ländliche Gegenden) Rural areas also have their fair share of cheap digs. A Youth Hostels Association (YHA) annual membership only costs £14 and enables you to stay at hostels in England and Wales for as little as £10 per night, plus it provides significant discounts on tours, activities, guidebooks, phone cards and much more. The Scottish Youth Hostels Association (SYHA) gives you access to the same discounts and accommodation in Scotland for an annual membership fee of £6. On top of this there is a multitude of independent hostels scattered throughout Britain. Hostels also offer inexpensive meals and you can fill up on a hearty lunch or dinner for £3 to £5.

But you don’t need to (hier: in der Herberge essen) eat in every night. Britain boasts an international (Gaumen, hier: Küche) palate and you can easily enjoy it inexpensively. Restaurants in many cities offer set menus which work out to be a cheap treat and much better value than ordering a la carte. For lunch these can be as little as £5. Additionally, the pre-theatre dinner is something of an institution in Britain, with many restaurants offering two or three course meals, to be finished by 7.30-8pm for £10 to £15. 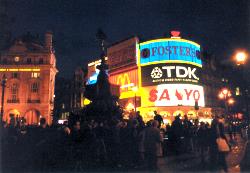 Britain’s cities (wimmeln) teem with activity after dark. Live music has enjoyed a (Wiederaufleben) resurgence in recent years, and bars, clubs and pubs throughout the country host the next Coldplay, Franz Ferdinand or Super Furry Animals on a nightly basis. The cheapest nights to exploit the gig scene are Monday-Thursday, when entry is often free. Friday to Sunday nights tend to attract cover charges, but you can still get away with catching a gig for as little as £3 or £4. Britain’s club scene is similar; it positively heaves at weekends, when cover charges can get pricey. But midweek you can dance until dawn for a few pounds and most are cheaper before 10 pm. For club listings throughout the country, see www.ukwebstart.com.

If you want to indulge in some culture of a different kind, London’s West End is world-renowned for its theatrical productions and you can snap up last minute tickets, often half price, from the official ‘tkts’ ticket booths in Leicester Square and Canary Wharf (Docklands). For elsewhere in Britain check local daily newspapers or search on www.visitbritain.com.

Britain is littered with magnificent historic sites and by joining two organisations you can reduce your entrance fee dramatically. Becoming a member of the National Trust costs from £27 (£12.50 for under 25s) annually and grants free entry to more than 300 historic houses and gardens. Similarly, an annual Historic Scotland membership costs £32 (£24 for students) and affords free entry to many properties, including countless ancient castles in Scotland. In big cities, many museums and galleries are free; the British Museum, National Gallery and Tate in London, the Fitzwilliam Museum in Cambridge, the National Museum and Gallery of Wales in Cardiff and the Walker Art Gallery in Liverpool to name a few. 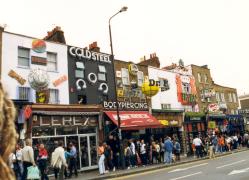 If shopping appeals to you more than seeing the sights you can snap up a bargain and a dose of culture by (sich näher befassen mit) delving into the multitude of colourful markets. London’s Portobello Road, Camden and Spitalfields are well-known; Glasgow’s Barras is a 1,000-stall weekend flea-market and Affleck’s Palace in Manchester is an Aladdin’s cave. There are also plenty of factory outlets scattered throughout Britain, where designer label goods are available at much reduced prices: for a general idea click onto www.fashion-era.com.

Last but not least, VisitBritain has created a website especially for young independent travellers which has a variety of hints and tips on making the most of your visit and see the country on a budget: www.visitbritain.com. Make it your first port of call before embarking on your tour of one of the most exciting places on the planet.