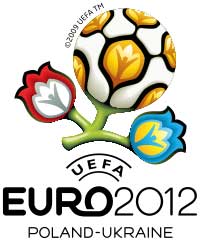 The first UEFA European Championship took place in France in 1960. The championship, then called European Nations Cup, was the (hier: Idee) brainchild of Henry Delaunay, the (hier: Vorsitzender) secretary of the French Football Federation, who was responsible for encouraging European competitions. The (Trophäe, Pokal) trophy was named after Delaunay and is still presented in his honour.