Soccer is a ball game played by two teams. The ball is advanced with the feet, that’s why the sport is also called football. As not to confuse it with other variants of football, e.g. American football, rugby, or Gaelic football, the official name of this sport is association football (after the London Football Association). But English native speakers usually just call it soccer, football, footie, footy or footer. 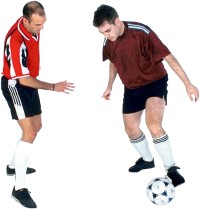 Object: The object is to score goals.

Players: Each team has 11 players:

Duration: The game is played in two halves of 45 minutes each. At halftime the teams change ends.

touch the ball with their hands or arms. They can, however, use any other part of the body.

Übung zur Verwendung von must not

Scoring: A goal is scored when the ball has crossed the goal line between the posts and under the crossbar.

Field: This is what a soccer field looks like. 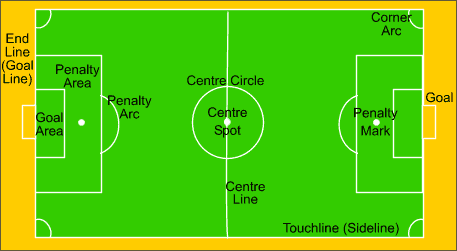