The Olympic Games, the world’s most important sporting competition, take place every four years. The Olympic motto is ‘citius-altius-fortius’ (faster-higher-stronger). 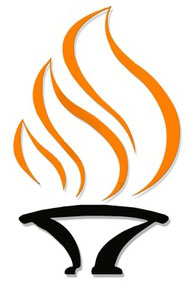 There are many legends surrounding the origins of the Olympic Games; according to one legend the Games were founded by Heracles (= Hercules in Roman mythology). Historically the first Ancient Olympic Games can be (trace back = zurückverfolgen) traced back to 776 BC. Every fourth year, they took place in Olympia (zu Ehren) in honour of the Olympian Gods. The prizes for the champions were (Kränze) wreaths from a (heilig) sacred olive tree that was said to have been planted by Heracles.

When the Romans (conquer = erobern) conquered Greece, the Games were also (hier: eingeführt) introduced in the (Römisches Reich) Roman Empire. In 393 AD, however, Emperor Theodosius thought that the ‘ (heidnisch) pagan cult’ could threaten the Christian religion and therefore (verboten) banned the Games ending a thousand-year period of Olympic Games.

The French Baron Pierre de Coubertin is the initiator of the modern Olympic Games. He wanted to bring nations closer together and have them (wettstreiten) compete in sports rather than fight in wars. Thanks to the efforts of Coubertin and his supporters, the first modern Games took place in 1896 – in Athens, the actual birthplace of the Olympics.

Coubertin’s idea of bringing the nations closer together is symbolised in the Olympic flag: its rings represent the five continents of the world and the colours (blue, black, red, yellow, green, white) were chosen such that they contained the flag colours of all countries participating in the games at the time the Olympic flag was created.

Months before the Olympics actually take place, the Olympic Flame is lit in Olympia and (hier: in einem Staffellauf getragen) relayed to the (Gastgeberstadt) host city where, at the (Eröffnungsfeier) opening ceremony, the last runner lights the Olympic fire. Another highlight of the opening ceremony is the parade of the competitors.

At the first modern Olympic games, 245 athletes from 13 nations competed in 10 different sports. Now more than 10,000 athletes from about 200 nations compete in 28 summer sports and 7 winter sports. The sports on the Olympic programme might change, however. Over the years, the IOC has added new sports (e.g. beach volleyball, snowboarding, curling) and striked out others (e.g. golf, rugby, (Tauziehen) tug of war).